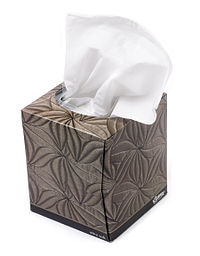 Yesterday I made the whole team cry. Thankfully it wasn’t because I was making unreasonable requests related to productivity or deadlines. Instead, I had slotted off the morning so that we could all watch a movie together—Decoding Annie Parker (2013; we borrowed it from a local library). Without spoiling the entire plot for our readers, suffice it to say that the movie, based on actual events, follows a woman (Annie Parker) who has a strong family and then personal history of cancer. In parallel, the movie follows the decades of research by Dr. Mary-Claire King and her team on their road to discovering the BRCA1 gene.

We blog about the BRCA1 and the related BRCA2 genes regularly, but as a refresher—certain mutations in these genes lead to an increased risk to develop breast and ovarian cancer, among other cancer types. Additionally, BRCA1/2 mutations can be passed down from parents to offspring, and the chance of having a BRCA1/2 mutation is ten-fold greater in individuals of Ashkenazi Jewish descent than it is in the general population. BRCA “status” can be revealed by genetic testing, and BRCA mutation “carriers” have medical management options available to them for reducing the risk of developing cancers or for detecting cancers at a very early (and perhaps treatable) stage if they do develop.

It was my second time seeing the movie, and also my second time crying through it. But this time I also watched it with different eyes, since our Program has gotten more and more involved in the BRCA education and testing realms over the past two years. We talk and talk about the importance of knowing and discussing one’s family medical history. Even in the 1970s, before the concept of hereditary cancer predisposition syndromes existed, Annie Parker (and undoubtedly others like her) had the gut feeling that cancer was running in her family and that it was always lurking in the shadows, waiting to get her. And this caused Annie to live in constant fear and to obsess over things like breast self-exams, library searches, and diets.

In our times, we are fortunate to have the genetic knowledge about the implications of familial BRCA1/2 mutations and the ability to test for carrier status and to guide those who are identified as carriers. While being Ashkenazi Jewish is in and of itself a risk factor for carrying a BRCA mutation, this risk factor is exacerbated by having a family history of BRCA-related cancers. Under current guidelines from the National Comprehensive Cancer Network, being Ashkenazi Jewish and having a first or second degree blood relative (meaning a parent, child, sibling, grandparent, grandchild, aunt/uncle or niece/nephew) who has had breast, ovarian or pancreatic cancer at any age would warrant pursuing BRCA testing (along with genetic counseling). Many of us probably fall into that category but don’t realize what this may connote.

Getting back to the movie and all those tears—it’s been a really busy summer at the PJGH so far, and it was definitely a welcome change of pace to have “PJGH movie in the morning.” It was also really powerful and authentic have a good “group cry.” I think the whole experience reinforced our joint commitment to protecting the genetic health of the Jewish community and its future generations. But I still need to think about why the team is rallying for seeing Pitch Perfect together next.

This week was a very busy and exciting week for us at the Program for Jewish Genetic Health (PJGH)!  Late last week, the New York Times published two articles describing the findings and ramifications of published research conducted by renowned geneticists in the US and Israel. The first article describes a study done by Dr. Ephrat Levy-Lahad at Shaare Zedek hospital, who concluded that ALL Ashkenazi (Eastern European) Jewish individuals should be tested for BRCA mutations—not just those individuals with family histories of breast and/or ovarian cancers. Since about 1 in 40 Ashkenazis will carry a cancer-predisposing BRCA mutation, genetic testing was suggested for everyone at a young age.  Then, in case a mutation is present, it is better to find out at a preventable stage.

The second article quotes the scientist who discovered BRCA’s association with cancer and who partnered on the Israeli study, Dr. Mary –Claire King. Dr. King’s statements took this one step further, as she called for screening all American woman 30 or older regardless of race or ethnic background—not just Ashkenazis!

Our inboxes have been flooded and the phones have been ringing all week with inquires about these articles.  So how do we feel about these statements? If you have been listening to the news, the media made it sound like these are new ‘guidelines’ or ‘recommendations,’ but we prefer the word ‘opinions.’ These opinions come from a good place, where people want to prevent illness, but they are also somewhat controversial and may be considered by some to be extreme.

For starters, we think it is important to take a step back and spell out what’s so important about BRCA in the Jewish community.  After that, we will get to the “PJGH response” to these studies.

We have spoken about BRCA many (many, many!) times in this blog, but we never actually told you why it is related to the Jewish community (our oversight!). BRCA1 and BRCA2 mutations (mistakes in the genes) cause a significantly increased risk for breast and ovarian cancer, as well as some other cancers.  Just like there are certain mutations for other diseases that are more common in the Ashkenazi Jewish population, there are three specific mutations in the BRCA genes that are more commonly found in the Ashkenazi Jewish population. Numerous studies have found that between 1 in 40 and 1 in 100 Ashkenazi Jews will carry one of those three BRCA mutations and are therefore likely at an increased risk for cancer. If someone is Ashkenazi Jewish and has a BRCA mutation, the vast majority of the time, it is one of those three mutations. Furthermore, that 1 in 40 – 1 in 100 carrier frequency holds true regardless of personal or family history of cancer. So if you take any random group of 100 Ashkenazi Jews, 1 or 2 of them is likely to carry a BRCA mutation, even if he/she doesn’t have a personal or family history of cancer.

This is a big deal, and it’s a huge community issue.

So what is our current response?

Genetic Pearls: My Recent Chat with a Pioneer in Genetic Counseling

Myrna Ben-Yishay, MS, CGC, has been a genetic counselor for 37 years. After receiving her Master’s degree in Human Genetics at Sarah Lawrence College in 1975, her first job was in Tel Aviv, Israel. The field was unknown at the time and she was the only genetic counselor in the country. Upon returning to New York in 1977 she accepted a position with Dr. Harold Nitowsky, one of the first medical geneticists, at Albert Einstein College of Medicine that later transitioned to Montefiore Medical Center. She recently retired after 35 years. Over her career she had the opportunity to provide genetic counseling for pediatric, prenatal and adult patients. For the past 17 years she specialized in cancer genetic counseling. She has mentored numerous genetic counseling students, medical students, residents and fellows.

Myrna sat down to talk to the PJGH about her experience as a genetic counselor and to give advice to newcomers to the field.

1) How has the field of genetic counseling changed since you started your career?

In the 1970’s our genetic knowledge was very basic. We knew there were 46 chromosomes and thousands of genes. Based on clinical observation of families and case studies, we could determine if a disease was likely to be hereditary and provide families with verbal risk assessment. Over the years the human genome has been sequenced and 20, 000 genes have been identified. Disease causing mutations are now known for many diseases and accurate genetic testing is available to determine who is a carrier or affected with a disease. Families can now be offered precise genetic testing and have the information they need to make informed decisions.

Also, prenatal diagnosis was once limited to women over 35 in order to determine how many chromosomes a fetus had. Today first trimester screening and genetic testing for chromosome abnormalities is available for all pregnant women.

2) What are the most important traits or skills needed to be a good genetic counselor?

Among the many skills required of a genetic counselor  the most important are a solid understanding of molecular genetics and genetic diseases, excellent communication skills, and empathy.

3) What is one piece of advice you have for people who are considering a career in genetic counseling?

I would advise someone to consider becoming a genetic counselor if they are very interested in human genetics, psychology, patient contact, and excited to be in a field where new information is constantly unfolding. My career as a genetic counselor has been personally and professionally rewarding.